When a woman undergoes a mastectomy or lumpectomy for treatment of cancer, or other trauma that changes the shape of one or both of her breasts, she may feel disfigured. The loss of the natural, feminine shape of the breast(s) can be physically and emotionally traumatic, regardless of your age.

Dr. Sara Yegiyants can help; she has helped many women through breast reconstruction surgery. She is a triple board-certified plastic surgeon with an early academic career in art prior to her study of medicine and surgery, and she has helped hundreds of women feel great about their bodies, especially their breasts. Our boutique plastic surgery practice serves women in the Santa Barbara and surrounding areas. 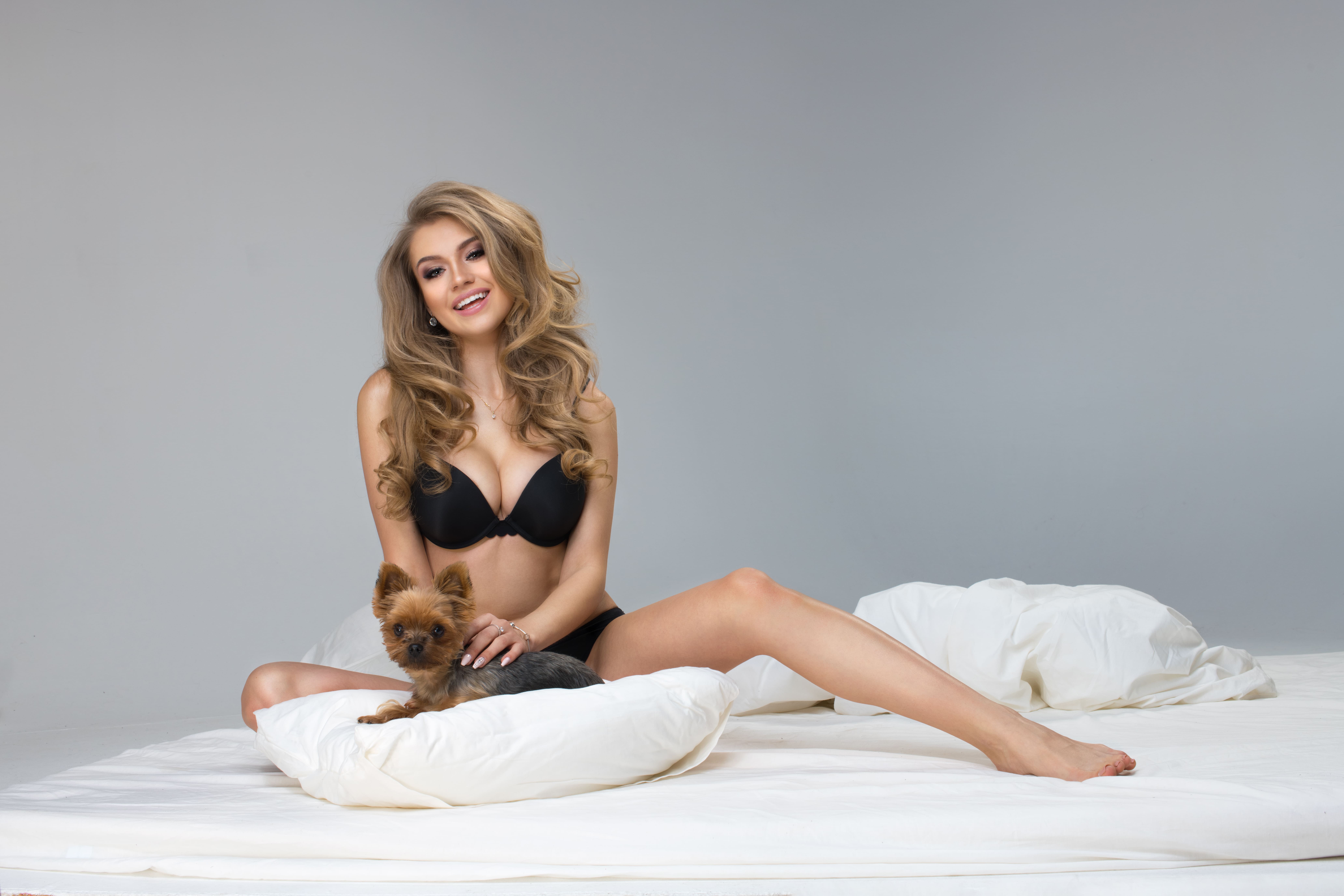 Deciding If Breast Reconstruction Surgery Is Right for You

Not all women choose breast reconstruction after the loss of their breast(s). Some choose to embrace the loss of their breasts without trying to restore them in any way. Others are comfortable with prosthetic breasts that can be worn under clothing. However, many women choose surgical reconstruction to help them recover emotionally and physically from the difficult experience of cancer treatment and surgery.

As you consider your options, it can be helpful to speak with other women who have had similar experiences and have made similar decisions to those you are considering. If you are interested in surgical reconstruction, a consultation with Dr. Yegiyants can help to answer your questions and increase your comfort with whichever decision you ultimately make.

In our boutique practice, you will meet with Dr. Yegiyants personally when you come in for your consultation. We know that having a mastectomy, lumpectomy, or trauma to the breast(s) that has caused disfigurement can be difficult, physically and emotionally. We are prepared to fully support you throughout your entire breast reconstruction process. If you have a picture of your natural breasts prior to your mastectomy, it can be helpful to bring this to your consultation to share with Dr. Yegiyants.

Dr. Yegiyants has advanced training in arts and aesthetics, and she will draw upon this background to study the natural shape of your chest, shoulders, and breasts to make recommendations for the reconstructive surgery. She will also take the time necessary to make sure she fully understands what you want for yourself and that you understand what to expect throughout the process.

Ready to take the next steps towards booking a procedure? Schedule your consultation today to begin your aesthetic journey with Sara Yegiyants, MD, FACS.

Are There Different Types of Breast Reconstruction?

There are many options for restoring the natural shape of the breasts. In some cases, patients may need minor, minimally-invasive reconstruction procedures; for other women, complete reconstruction of both breasts may be necessary. Whatever your needs, Dr. Yegiyants will develop a plan to address all of your concerns and help you to meet your goals for reconstruction.

Many women with early stage breast cancer may have surgical procedures, such as a small lumpectomy, that remove only a portion of the breast, leaving the breast misshapen. In these cases, there may be a small dent or bulge in the affected breast, and full breast reconstruction surgery is not necessary. For these women, there is an option called “lipofilling,” in which fat tissue from the abdomen or buttocks can be transferred to fill in the space created by the previous surgery. Lipofilling or fat grafting is also a great option as an adjunct to implant based reconstruction to add more padding creating a natural look. Serial fat grafting combined with external tissue expansion is an option for select patients who want to avoid flap-based surgery or implant-based reconstruction. Dr. Yegiyants is highly skilled in re-shaping the breasts and is well versed in many different methods of fat grafting for breast reconstruction.

An oncoplastic reconstruction is the preferred approach in women with early stage breast cancer and large breasts. The surgery requires a team approach by the plastic surgeon and the breast surgeon. The breast surgeon removes the part of breast harboring cancer and this is followed by immediate reconstruction using the remaining  tissue to fill the defect left behind. Awareness of remaining anatomy is important in achieving a successful reconstruction as the blood flow to the nipple is preserved. A contralateral breast reduction is done at the same time.

In addition to tissue expanders that require accessing the port periodically for expansion, Dr. Yegiyants also offers Air Expanders which are needle free patient-controlled devices that allow expansion of tissues without the need for frequent office visits.

There are many different sizes and shapes of implants that are used for reconstruction. Anatomic shaped implants are commonly used by Dr. Yegiyants as those provide the most natural shape after removal of breast tissue.

Dr. Yegiyants prefers the prepectoral placement of implants when appropriate; this is the most advanced approach to implant reconstruction in which the implants are placed on top of the pectoralis muscles. This placement avoids excess pain and deformities that can result from stretching the muscles and enhances the aesthetic outcome.

During an autologous reconstruction, tissue (fat, skin, and sometimes muscle) is removed from one part of your body, formed into the shape of a breast, and stitched in place to create your reconstructed breast. The tissue, also called the “flap,” may be completely removed from the body, separated from the blood supply, and re-connected in place on the chest; this is called a “free” flap breast reconstruction.

Alternatively, you may have a “pedicled” flap procedure in which the tissue is left connected to its original blood supply but moved under the skin to be stitched in place on the chest. Dr. Yegiyants is skilled in a number of state-of-the-art flap reconstruction techniques.

Flaps for reconstruction of the breast may come from several different locations on the body. Common donor sites include the abdomen, buttocks, inner thighs, and back. The site of donation will be chosen based on a number of factors. Body size and type play a role in this decision, as women differ in which areas of their body they store fat or may have excess skin. Your breast size also matters; women with a large breast reconstruction require using the site that has the most tissue available. If you plan to become pregnant in the future, abdominal donor sites are generally not used, as future stretching of the scar would not be well tolerated.

For women who are thin or have a large breast reconstruction, it is not uncommon to use a combination of flap reconstruction with an implant.

Sara Yegiyants, MD, FACS is a board-certified plastic surgeon specializing in surgical and non-invasive procedures. Learn more about Dr. Yegiyants and why you should choose her for your next procedure. 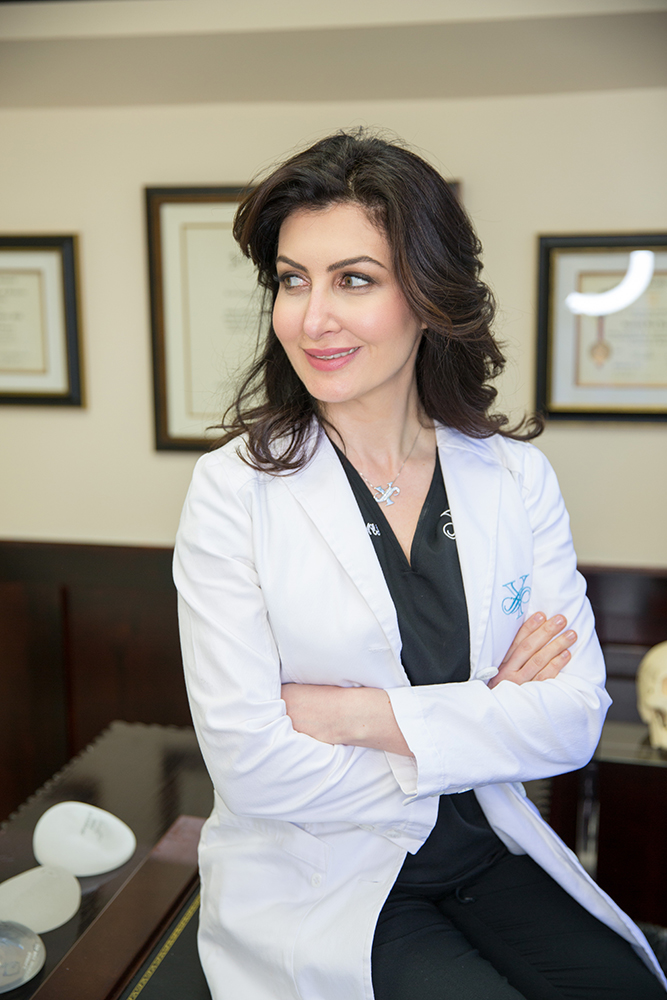 What Can I Expect During Recovery and Beyond?

After surgery, you will have a special bra in place to protect and support your breasts and minimize post-surgical swelling. After mastectomy a drain is used to collect the fluid buildup. If you have had an autologous reconstruction, you will be healing in both the site of your reconstructed breast(s) as well as the donor site(s). If you are having both breasts reconstructed at once, you may be healing in up to four locations.

You may or may not be able to go home on the same day as your procedure, depending on the complexity and extent of your breast reconstruction surgery. Once you go home, you should expect to rest for the first several days following surgery. You may be able to move around some during the first few days, but you should not plan to do much. For at least the first couple of days, you will need someone with you as you will have limited range of motion of your arms and chest.

As it is common to experience significant soreness for a few days following the procedure, Dr. Yegiyants will prescribe pain medication to enhance your comfort. It is important that you follow all post-operative instructions to maximize your healing and promote the best possible outcome.

Your ultimate recovery time will depend on which breast reconstruction procedure you undergo. You may be able to drive and return to work after a week or two if you have an outpatient procedure and are no longer needing prescription pain medication. Your activity will still be limited and you should not plan on doing any exercise other than walking for some time while your body is healing. You will notice immediate results from your surgery, but it may take weeks or even months for your swelling to subside and your breast(s) to fully heal. Over time, the appearance of surgical scars will also fade.

Regardless of whether you have an implant or a flap reconstruction, it is not uncommon to need another procedure down the road. Though Dr. Yegiyants strives to complete the reconstruction as much as possible during the first surgery, additional procedures are sometimes part of the reconstruction process once the initial healing has taken place. Examples include nipple reconstruction, flap reshaping, or implant repositioning.

“ What an amazing plastic surgeon. She is skilled, kind and very intelligent. I would never go anywhere else after my experience with Dr. Yegiyants. Words cannot express how thankful I am for what she has done for me. ” 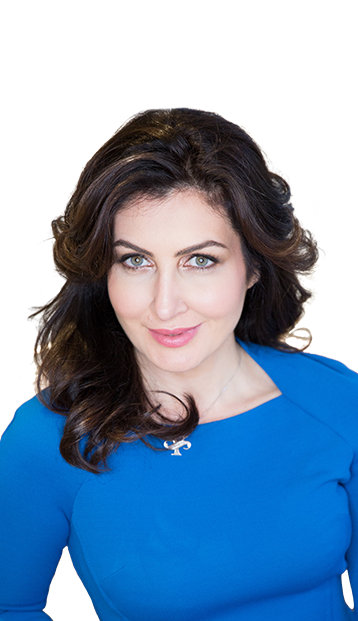